Bail in Pakistan – Everything you need to know 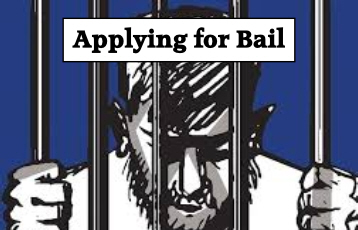 Bail in Pakistan ; Bail is a process of being released from custody, or avoiding custody, during a Criminal Trial Process. This article can act as a guide to the process and factors that affect the process of gaining and preventing the granting of bail on the accused.

Being incarcerated or being Arrested is a very frustrating and emotionally consuming process. The accused is not the only victim in such matters, the friends and family of the loved ones would also suffer from the detaining of an individual.

Who would require Bail in Pakistan?

Bail is sought for anyone who has been accused (or sometimes mentioned) in a Criminal Complaint presented to a Federal Law Enforcement agency. Depending on the nature of the crime, the Federal Law Enforcement Agency, i.e. the Police, would then look to either contact the individual for questioning or to immediately apprehend the suspect (pending their investigations).

When a person mentioned in the report (either as an accomplice or an accused) becomes aware of the Criminal Complaint, they can take steps to take bail (pre-arrest). We will discuss the factors, and explore the options these people have. Our lawyers are always at hand to assist you in these matters.

The 2 Basic Types of Bail

In essence, there are two types of immediate bails that an individual can apply for

Pre-arrest bail in Pakistan (known as Uburi Zamanat and kablas giriftari)  is a procedure when a nominated, mentioned, accomplice or accused party requests the court to allow them not to be physically remanded (Judicial Remand) during the investigation process.

This is covered by the Criminal Procedure Code under section 498 (Referred to in short as CrPC 498) and would bind the party seeking relief to ensure they attend all hearings and trials by the court and Investigating Agencies concerned until the investigation is concluded.

The Police, and other Law Enforcement Agencies, usually have a 24 hour period to present the detained to the court of jurisdiction, In Post-arrest bail in Pakistan, the procedure when a nominated, mentioned, accomplice or accused party has already been arrested and detained by Federal Law Enforcement Agencies. Here, legal counsel would request the court to allow them to be released back to society during the investigation process until the conclusion of the trial.

This is covered by the Criminal Procedure Code under section 497 (Referred to in short as CrPC 497) and a major part of the bail hearing in this matter is usually what the police have obtained (by way of evidence) whilst they have arrested the party.

Factors that are considered in Granting Bail

In order to obtain bail, the accused and mentioned parties to the Criminal Complaint would need to primarily surrender to the court (in person or via proxy in certain restricted incidents) and present their case before the court with factors relating to: –

Factors that are considered in Rejecting Bail

Bail Bonds and Surety by way of Guarantor

The Nature of the FIR / Complaint Lodged against the Person in question, as well as his Background, Criminal Record and Financial (As well as Social) Status would determine the Bail / Zamanat amount levied by the institution against the accused.

A bail bond is not always necessary, sometimes a Guarantor may also take responsibility for the accused appearing before the court when required. If the accused has a good job, or substantial assets or land, or even a family, these factors (or lack thereof) can play a vital role in the grant or rejection of bail.

How we can help you in your bail matter

Bail applications are fought with the greatest Vigor depending on the crime and department. You may be asked to submit a surety bond (In the form of Cash, or Documentation of Land/Asset ownership, or in some cases a Cheque) or a local surety (Someone who will take responsibility for you and guarantee your return to the Police Station/Court) or both.

Our Lawyers are available 24 hours a day to assist with Police Matters and can come to the Station/Court of your requirement, and make relevant applications to secure your bail. Our Lawyers also abide by our “24Justice.pk Fixed Fee Policy” which means you do not have to worry about any unknown and hidden extra charges.

To find out more, Download Our Legal Services and Online Lawyers App From here or by Searching for “24Justice” from the Google Play Store. Once installed, upload your Query/Case/Question and one of our Trusted and Verified Legal Specialists will respond.

Alternatively, Simply fill out the form below as best as you can, and you will receive a response in 24 Hours from a Legal Specialist, who will give you free advice on your matter. If you do not get a response, simply call us on 0308 551 0031 (Outside of Pakistan Legal Assistance Number/Whatsapp Number 0092 308 5510031)